Opening Day for Major League Baseball is finally here and baseball fans are excited. The Houston Astros are defending World Series champions, looking to repeat in 2018. In the American League, the New York Yankees and Boston Red Sox have certainly made moves to put themselves in postseason contention.

The Yankees made a blockbuster trade for reigning National League Most Valuable Player Giancarlo Stanton. The team hopes to have Stanton, current American League Rookie of the Year Aaron Judge and slugger Gary Sanchez be the focal points of a stout lineup. The Yankees also hired Aaron Boone to replace Joe Girardi as the manager.

The Red Sox signed a slugger of their own, signing J.D Martinez to a mega-deal in hopes of strengthening their lineup while bringing on Alex Cora as the new skipper.

In the National League, the New York Mets made a complete turnover in staff with new manager Mickey Callaway, pitching coach Dave Eiland and hitting coach Pat Roessler. The Mets also brought in some veteran pieces including Todd Frazier, Jay Bruce and Anthony Swarzak among others.

All three big market squads have a new skipper with new ideas as well as new sluggers being introduced, which creates much excitement for all three fanbases.

The Bronx Bombers added the MLB home run leader, Stanton, back in December and his Yankee debut is much anticipated. He hit 59 home runs, which is impressive, and he joins Judge, who hit 52 four-baggers as he finished second behind Stanton. Mixing in Sanchez along with these two home run threats can give many pitching staffs problems. However, there is one weakness to this trio and that is striking out. All three hitters struck out at least 120 times with Judge leading with 208 strikeouts. Skipper Aaron Boone will look to minimize the punchouts and have better at-bats.

Ever since the retirement of David Ortiz, the Red Sox were in dire need of a powerful hitter that can protect everyone else in the lineup. The Red Sox saw J.D Martinez and felt like he was the one to fill that void. Martinez received a five-year, $110 million deal in hopes that he can reverse the Red Sox unlucky fortunes the past couple years. Boston may have overpaid for Martinez but they were desperate for a home run hitter, and they landed one. New manager Alex Cora looks to lead the Red Sox past the American League Division Series after two straight disappointing exits in back-to-back years.

In Queens, the New York Mets have new faces in their coaching staff as well as new faces on the field. As Terry Collins now is in the front office, first-year manager Mickey Callaway looks to lead the Mets to their third postseason berth in four years. After only 70 wins in 2017, changes needed to be made and they came. Third baseman Todd Frazier signed a two-year, $17 million deal to play the hot corner. This move may as well close the book on a David Wright return, now at the age of 35, as the Mets also re-signed Jay Bruce to a three-year, $39 million deal. Anthony Swarzak agreed to a two-year, $14 million deal to implement him into the bullpen, in which bullpen help was much needed. Mets ace Noah Syndergaard aims to return to his dominant self in 2018 after a torn muscle in his back shortened his 2017 campaign. The Mets pitching staff is expected to benefit from Callaway’s strong pitching background in 2018.

As the regular season starts, all 30 fan bases are stoked to see their teams take the field on Thursday, March 29. The Yankees, Red Sox and Mets all did their share of improving their team and fixing their needs. Even though there was a surplus of home runs last year, this league is still predicated on valuable starting pitching, bullpen and timely hitting. Usually the teams that perfect these arts during the year, those teams play in October and they will hopefully win a World Series trophy like the Houston Astros, bringing home their first World Series ever.

The Yankees open their season on the road in Toronto as they play the Blue Jays as the Red Sox also start their season on the road in St. Petersburg facing the Tampa Bay Rays. The Mets start the season at home against the St. Louis Cardinals in Flushing, Queens at 1 p.m. All three games along with other Opening Day action starts on Thursday, March 29. 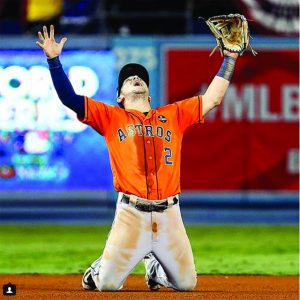