As a musician, the mastery of your craft must be aged and perfected like a fine wine over time. Tackling one project might be enough to make one’s head spin in sheer confusion, but taking on various projects at a time is almost unheard of. Enter Jackie Greene, the 35-year-old prolific jam rock guitarist that has defined the scene with his involvement with The Black Crowes, members of the Grateful Dead and recently, his own solo career with the release of “Back to Birth” last year. 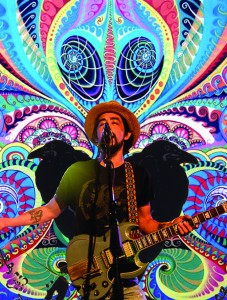 Vine Cover for this week’s edition

For the three years prior to the release of the album, Greene was hard at work collaborating with The Black Crowes with what would be their final tour, as well as sketching out the framework for “Back to Birth.” “A lot of those songs on that record were recorded in my house, here in California, in 2012, playing all the instruments myself, thinking that I’m going to make this record where I play everything,” said Greene. “In a sense, basically, I had all of these really, really well-done demos.”

After the Crowes’ final goodbye, Greene got right back to work in producing “Back to Birth,” a process that Greene felt to be much simpler than previous efforts. “There is a lot more simpler of an approach to the genre and in a way, it was sort of freeing to me and refreshing to not be too involved in my own head.” Once fleshed out with a studio band, Greene was ready to allow for the consumption of the record by his fans. 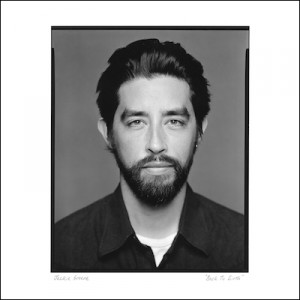 ‘Back to Birth’ is Greene’s most recent solo effort.

Upon release, the album was critically praised for its genuine sound and form reminiscent of Greene’s earlier works, evident in songs such as “A Face Among The Crowd” and “Silver Lining.” For Greene, the album is a monumental step in the right direction as he continues to tour and produce songs under the guise of one of the most brilliant jam rock collaborators of our time.

What sets apart Greene from other jam band guitarists is his ability to be a jack of all trades as he trades licks with the likes of Bob Weir, Chris Robinson and Warren Haynes. “Well, I’ve always prided myself on being somewhat of a sponge, anyone I play with, I tend to soak up their influence and put it into my own thing,” emphatically stated Greene. “I allow myself to be influenced.”

Notable about Greene is his guitar playing, which he describes as a “hybrid-picking style.” “I only notice when people point it out to me,” said Greene. Greene also isn’t afraid to experiment with sound and guitar, switching between his pelham blue Gibson SG and a simple Resonator. As one can imagine, his guitar tone is quite expansive as his musical output, which garners him fans of both old and new. “For me, as far as guitar tone, I have gone both ways. I have literally had a pedal board that was the size of a small stage and had a ton of s–t on there and [I] used it all; it didn’t sound any better to me than sometimes when I just plug into the amp … If the tone is easy to get, it is the right tone for me.”

As for songwriting, Greene looks to the likes of Elton John for lyrical inspiration and can create piece after piece by simply picking his brain periodically for lyrics and melodies that simply flow together; but, it always isn’t easy. “I wish there was a deep well that I could always go back to when I’m dry but I don’t know where that well is … When those sparks do come, for whatever reason, I think it is important not to ignore that.”

With all these elements dictating his everyday life, the ever old question of balance comes to mind. Since his early 20s, Greene has been constantly producing and playing live, which has become exhaustive as he approaches almost 40 years old. “I’m a little older, so the question of balance becomes a more pertinent question but to be honest, I don’t know how to get that balance and the last couple of years, I’ve been starting to learn that,” said Greene.

Now, Greene is learning to slow down and master the art of balance with both live performances and ideas of new albums. “I’m actually working on a little something right now that is more appropriate to sit and be paired down with me playing all the instruments.”

At the end of the day, Greene has cemented himself in the upper pantheons of jam band royalty as he constantly implements the influences of past and present. Be sure to catch Greene at The Warehouse in Fairfield on Saturday, Feb. 13 with opener Hollis Brown.