As a Jesuit university, the issue of making contraceptives available on Fairfield’s campus is controversial. The Fairfield University Student Association members chose to bring this issue to the forefront by holding an open forum in the Lower Level of the Barone Campus Center for students to communicate their opinions about this topic on Feb. 15. According to Jeremy Kaler, associate director of student engagement, FUSA’s specific goal is to enable students to purchase condoms at the Stag Spirit Shop. 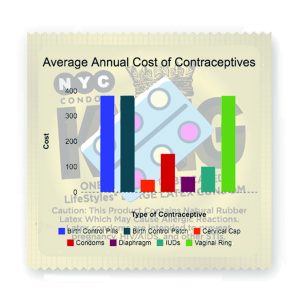 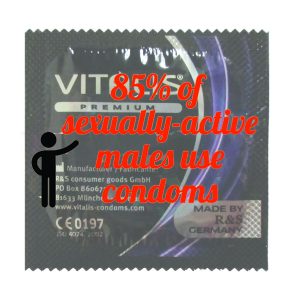 Furthermore, Counseling & Psychological Services “provides a supportive relationship that allows an individual to talk openly with a professional who is objective, neutral and nonjudgmental,” for students who either contract STDs, become pregnant while at Fairfield or face any other related conflicts, according to Susan Birge, director of Counseling & Psychological Services.

At first, no one rose to speak their opinions, but after one student made a controversial claim that contraception is against Catholic beliefs and that Fairfield University is a Jesuit school, which means that it would be wrong to have contraceptives on campus, many students were eager to have their turn to speak. One student responded that it is asinine to assume that college students aren’t having sex and that it is the University’s responsibility to keep the students safe, regardless of religious views.

Freshman Alanna Ferrigno fought the religious argument against contraceptives on campus by stating, “I know that this is a Jesuit school, but not every student that goes here is a Jesuit. I feel as though, if you are Catholic, it is your choice whether or not you use protection and have sex.” She continued, “Fairfield should be for the students, and the reality is that you don’t have to be a Jesuit to come here and students who aren’t shouldn’t have to obey the school’s Jesuits values.”

Senior Emily Rippel believed that the University should provide contraception on campus. She referred to the Jesuit values, stating that “if we want to be men and women for others, we should be providing the means of equal opportunity to access across all students … selling contraceptives in the bookstore is a great idea because it provides equal access for all.” While juniors and seniors have cars that enable them to drive to the store and buy contraceptives, she explained, freshmen and sophomores do not have this ability, thus having to wait for the StagBus to take them to CVS, which is a time commitment and an inconvenience. 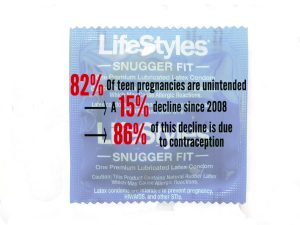 The conversation shifted from an emphasis on the Jesuit values to whether having the sale of contraceptives on campus would positively or negatively affect the University and every student who spoke argued that the effects would all be very positive. One student spoke about the inconvenience of taking the StagBus to CVS to buy condoms, arguing that it would be much more efficient to go to the bookstore on campus instead. As many students pointed out during the forum, the StagBus can be very unreliable and takes at least an hour to go anywhere and return to campus, which can make purchasing anything, including contraceptives, a hassle.

Freshman Kiley Deignan mentioned these other Jesuit establishments later on during the forum when she said, “Nothing bad has happened to them; they’re still the same schools yet they have condoms on their campuses, so why don’t we?” 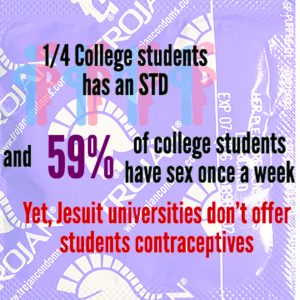 Jennifer Anderson, the vice president of Marketing and Communications, stated that although Fairfield University does not provide contraceptives for students on campus, “we do provide resources for students through the health center that assist them in making healthy and responsible choices.” She confronted the issue of having contraceptives on campus, saying, “As a Catholic institution, we stand by the teachings of the Catholic church as it relates to reproductive health.”

Anderson emphasized the fact that Fairfield “encourages and supports the ways in which our students practice healthy habits and lifestyles.” She mentioned the 80+ clubs on campus, for example, that allow students to express themselves and exchange ideas freely and have the opportunity to grow and show leadership in whatever they feel passionate about.

A Fairfield alumna, Micheka Felican ‘15, attended the event and emphasized the importance of not only making contraceptives available on campus, but also about educating students on how to practice safe sex.“We should have a safe sex fair; we should have fairs about what exactly rape culture is and what the hookup culture is. We are an institution of education, so fundamentally, we’re going to need to educate students and not just give students the supplies to have sex,” Felican said.

FUSA Senator Steven Penna ‘17 was satisfied with the turnout of the event and said that it was “crucial for allowing FUSA to synthesize the student position on this and then go to the administration. No matter what the opinions were, they help FUSA as a whole gauge what we need to do and hopefully the administration will answer the students.” 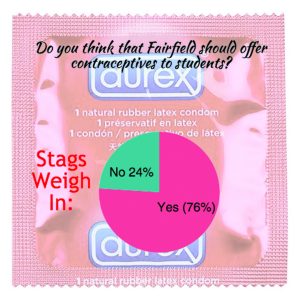