Not unlike a typical Tuesday, my post-internship freedom began at 4:00 p.m. As I boarded the 4:06 p.m. bus to take me to the train station, I opened my Kate Spade blush-pink wallet with a heavy heart, paid my $1.75 fare and took my place in the middle of the bus, next to a window. Then, instead of opening whatever book I decided to grab this morning, I sat down and started to write this article in honor of someone who left a positive impact on not only myself, but many other women who have shared in the “quick, curious, playful and strong” world of Kate Spade (Katherine Noel Brosnahan).

To many, Kate Spade may appear as a typical fashion designer, but to women who oftentimes lack confidence in themselves, their talents and their dreams, she was a shining beacon – encouraging women to empower themselves and accept nothing less than their fullest potential.

One of her most famous quotes states, “you are capable of amazing things.” 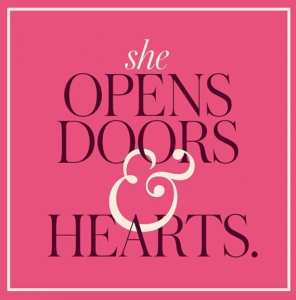 As a woman, who grew up in the middle of nowhere (Kansas City, Miss.) Kate Spade defied rural stereotypes by majoring in journalism in college. As someone who also grew up in the middle of nowhere, I too aspire to become a journalist, and Kate Spade was someone who I always felt a personal connection with. We all have that one celebrity who makes us think, “wow, they are literally me … and this means that one day I can be like them.”

Kate Spade’s suicide is a tragic death, and stands as a reminder that the lives we see celebrities living aren’t always an accurate representation of what they’re experiencing each day. Kate Spade was an international success – she launched her company in 1993, opened her first boutique in SoHo, she sold her entire brand to Neiman Marcus, and launched a new brand titled, “Frances Valentine” after her daughter – yet, she still took her own life.

During my initial shock after hearing about Kate Spade’s death, I thought of no better person to message than Fashion Columnist Emeritus, Nicole Funaro ‘17, who replied, “If she only knew how much she was loved.” I will reiterate this not only for Kate Spade, but for all those facing an internal battle with themselves – if only you could know how loved you are. 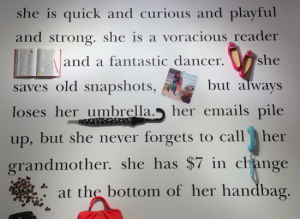 If the world wasn’t dominated by secretaries and editorial assistants, bodyguards and poparazzi, I would have had the opportunity to tell Kate Spade “thank you.” I would have shared that I too come from the middle of nowhere, am majoring in journalism and hope to one day change the world through art, beauty and creativity. She is proof that it is possible. It’s possible to come from nothing and rise to everything. She didn’t just design pretty bags and wallets, planners and travel mugs. She created artistically ingenuitive products that made an abnormally short college student, struggling to budget out money for groceries during her time as a summer intern, feel like a budding journalist, hungry to take her spot in a competitive career field.

With all of the negativity and hurt in the world, it’s important to remember that creativity is what keeps the Earth beautiful. Kate Spade left her mark on society, and it was a ravishing one. My prayers go out to her friends and family – especially to and for her beautiful daughter. The world lost a fashion, beauty and feminist icon today, but her creativity and wisdom will remain in the legacy she leaves behind. Thank you for the inspiration, Kate Spade, you truly did leave a sparkle everywhere you went.