With the recent findings that the Fairfield University Counseling & Psychological Service Center utilization is above the national collegiate average and that students do continue to feel there is a negative stigma surrounding mental health on campus, students are concerned. Several students believe that, while the University is trying to help with the issue through events such as the Oct. 12 low-turnout Mental Health Awareness Walk and by raising awareness through the use of posters, the school could do more to help. One way of doing this would include making more students aware of the Counseling Center and its events.

“I never heard about the walk,” said Tara Genovese ’21, one of the 69 out of 100 students surveyed who reported they were completely unaware of the walk as well as one of the 32 who were unaware of Counseling’s free private counselling sessions. “And I didn’t know that Counseling offered any free counseling sessions to students.”

The associate vice president for Health and Wellness, Susan Birge, EdD, MS, LPC, explained that Counseling is already in discussions of how to better reach students about these events, and to investigate if the low turnout was caused due to lack of student knowledge or lack of student interest.

However, there is also a drawback to the Fairfield University Counseling & Psychological Services that nearly 60 percent of students surveyed students think is a concern. The location. Counseling is located far away from the center of campus, past the townhouses, by Dolan Hall. 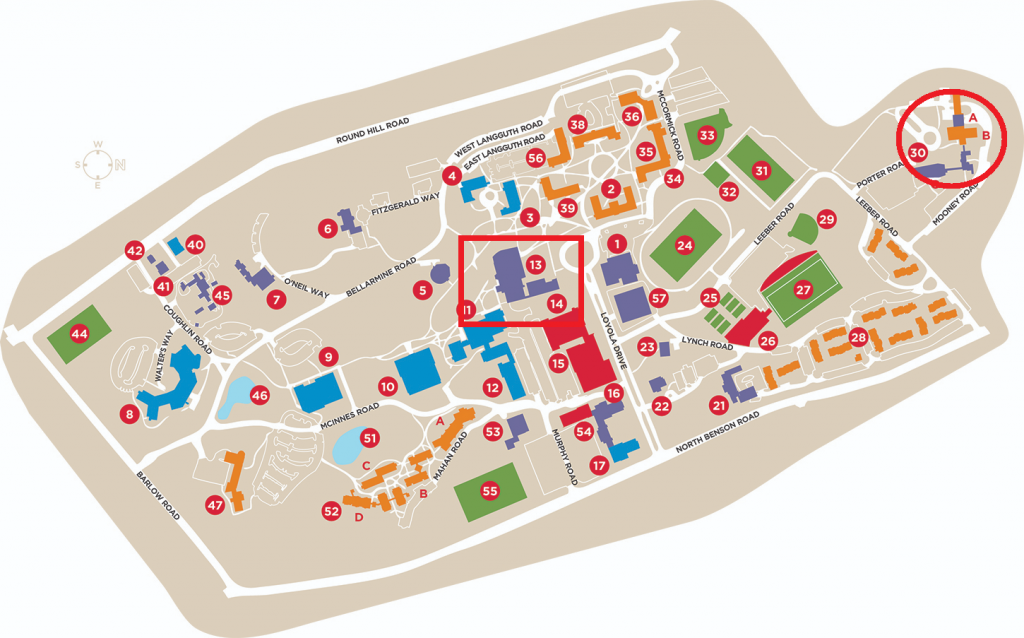 “It’s kind of far away, which is nice for confidentiality reasons, but, yeah, it’s a long walk to get to, especially if you’re feeling really, really bad,” said an anonymous sophomore, who wishes to remain anonymous as her friends do not know about her struggles with mental health. “To walk all the way up there, just feeling miserable is not… It’s not a good thing.”

Lauren Paidas ‘20, a long-term advocate for mental health due to her own continuous fight, agrees.

“I live in Meditz, I use the counseling services, and knowing I have to make that long walk, especially on a day I don’t feel well, makes me feel discouraged and makes me not want to go to counseling at all,” said Paidas. “I’ve even been tempted to cancel because of it.”
Those interviewed who do approve of the current Counseling Center location did understand the struggle with the distance, but also see it as a good thing, giving those using counseling services more privacy.

“I don’t think that the Counseling Center should be moved to the center of campus, for example the BCC [John A. Barone Campus Center] where there is a lot of student activity, because that would not allow for appropriate privacy measures,” said Eileen Michaud ’20. “But, since it’s so difficult to get to the Counseling Center, I do think it should be moved closer to main campus so it can be more accessible to students.”

This is a topic several University officials identified as being discussed, and Birge revealed that the new Health Center bus route, which went into effect October 2018, was partially made in response to this issue.

“The University has committed to running a shuttle pretty much all day from the BCC and looping it up [to the Health Center and Counseling],” said Birge. “This is a big help so, on those rainy days, cold days, or class ran late days, students can hop on a shuttle and come right up here, and that’s… a commitment on behalf of the University to say: let’s make it more accessible.”

In acknowledgement that there is still a stigma surrounding mental illness on college campuses, though stressing that she believes the stigma is reducing, Birge explained that the shuttle will drop students off by the Dolan Hall traffic circle, so others will be unaware if students are entering Dolan Hall, Dolan House, the Student Health Center or Counseling.

“I think that, with college students at this point in time, you’re always going to find some stigma, some reluctance,” said Birge. “And I think students value their privacy. I think some of them don’t want to talk about it or deal with it. I think that’s factored in.”

While receiving more intense treatment during her semester away from Fairfield, Paidas came to the realization that helping people with mental health by sharing her story and hearing theirs is what she wants to do with her life. To start doing this pre-graduation, she began an Instagram page, Motivation_for_Mental_Health, where she shares motivational quotes, thoughts and experiences with her nearly 300 followers, many of whom attend Fairfield, and created a build-a-house program that uses “music and movement” to support those struggling with mental health.

Paidas still has times that are difficult. Mental illness does not just go away and she knows that it’s all on her. That, on bad days when she wakes up feeling horrible, she’s the one who has to make the decision to do the “right thing” and get out of bed.