After viewing the tentative plan and partaking in the online ticketing process for the 2021 Presidential Ball on Thursday, Sept. 16, it is safe to say that myself, as well as many others, are a bit disappointed.

I want to thank our Fairfield University Student Association for their efforts in conducting such a largely admired event, undergoing obstacles and working hard to be there for us students. This does not go unnoticed and it is both challenging and nearly impossible to determine which way of going about things will yield the most success.

That being said, as a student I feel as though it is partially my responsibility to address some of the faults that arose, leaving myself and many other students disheartened at no fault of our own efforts.

Before attending Fairfield University last fall, as a hopeful but slightly disappointed first year student in the midst of starting her biggest transition in a time of grave uncertainty, I found myself encaptivated by the notion of the Presidential Ball at Fairfield. Looking up pictures of smiling faces shining under the glistening lights on Bellarmine Lawn both excited me and illuminated desire. Knowing I wouldn’t be pursuing soccer or any other sport in college and the mere absence of Greek life on campus, learning of this campus-wide inclusive dance had me absolutely ecstatic!

Not that I am good by any means, but I do love to dance! There is something about the loud music seamlessly drowning out any past worries that may have existed previous to the night that is quite incredible. Where else could you belt out “Dancing Queen” by ABBA at the top of your lungs with a complete group of strangers?

Coming as a first year and being harshly thrown into the reality of a pandemic, any hopes for the 2020 Presidential Ball dissipated fairly briskly. I knew our safety as students would not be secured at such an event, and I shifted my hopes to my sophomore year thinking this would be when I would finally be able to feel the overwhelming joy of a dance once again.

Well, now as a sophomore student who just underwent the ticketing process for the 2021 Presidential Ball, I can say this is not the case.

My disappointment does not come from the fact that tickets sold out before I could purchase one for my year level, rather it comes from the realization that for me and many students, purchasing a ticket before others was impossible due to a faulty system. The whole online ticketing process was one of luck, rather than timeliness or effort, which was not what was indicated to students prior.

Students were notified by FUSA via email earlier on Thursday that ticket sales would begin at 8:00 p.m. on a first-come first-served basis. There was not anything about what took place that was first-come or first-serve, however.

Eager to buy tickets and be able to attend a dance again after two and a half years, I waited on my laptop from 7:45 p.m. to 8:00 p.m. when the sales started. Tracking it down to the second, my friends and I made sure to click on the link at precisely 8:00 p.m. and not a second after. (Call us extreme, but we really wanted these tickets!) Immediately after clicking the link, we were sent into a waiting room unaware of the chaos that was about to ensue.

As cell phones began to blow up between students, it quickly became realized campus-wide that something was wrong. Students who had clicked on the link on time were stuck in waiting rooms, only for the majority to be told by the online system that tickets were “unavailable for their user type.” Other students, like myself, waited long periods of time only to get out of the checking out process and be told they have already exceeded the amount of tickets to buy; this was another glitch to the online system.

What struck as the most frustrating, however, was the hearing of students being able to buy their ticket after signing on nearly thirty minutes after 8:00 p.m. This is when it became clear to me that this had nothing to do with efforts in purchasing my ticket first, but rather one of fluke. Tickets were being said to be “unavailable” to certain students before they were sold out. I, myself, sat on the computer refreshing and signing in all the way until approximately quarter past 9:00 p.m. when they actually did sell out.

My disappointment in FUSA comes from their acknowledgment of this faulty system through student emails and communication that took place instantaneously and their failure to take responsibility. Rather than address the issue, it seems as though the general response to students was that they were unaware of why our computers were delivering such a message. There was no urgency to pause ticket sales and establish a just way of selling tickets to students. I mean at this point, you might as well have doled out tickets using a lottery system.

It appears that they saw tickets being sold to the individuals who were able to by fluke, and accepted that as being okay. Meanwhile, those of us who stayed on our computers for the full hour trying to solve computer problems brought upon by the faulty online system presented were left with no other option or alternative way to exert our efforts into purchasing tickets successfully. It was a no win situation for a significant number of students.

As I mentioned earlier, FUSA has an incredibly tough task in throwing this event and I can understand why perhaps the towel was thrown in when this fault of the company UniversityTickets came to light. I am, however, still dispirited by the lack of taking action to ensure ticket sales were conducted fairly for all students.

The online ticketing system for the 2021 Presidential Ball was misrepresented by the notion of first-come first-serve basis, when in reality a raffle would have had the same effect on students. This is something that has left myself and a lot of students upset and is something that should be considered deeply by FUSA and strived to never be repeated again. 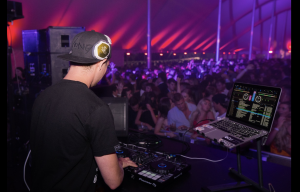