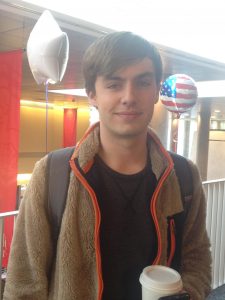 Name/time of show: The Encore; Tuesdays at 8 p.m.

What do you do/play on your show: The Encore is a variety program that showcases only the best music and only the most thought provoking discussion ranging from sports to marital advice. Each week has a musical theme defined by either a genre or decade that guides the listener on an auditory safari, interwoven with lively discourse between three regular personalities joined by studio guests and callers.

Best WVOF moment/best show: My favorite moment thus far was our conversation with a caller Nolan Parsley, who was seeking advice on Halloween costumes so that he could find a new girlfriend after his most recent girlfriend left him for his brother. We recommended wearing a tight Mighty Morphin Power Rangers costume. We also played “Love Shack” by The B-52’s to help lift his mood.

Who is your biggest musical inspiration: George Watsky. Watsky is an American hip-hop artist, author and poet from San Francisco, Calif. Watsky performs slam poetry and rap and has released five albums. Watsky is one of the best lyricists I have ever heard and excels at wordplay and metaphor. 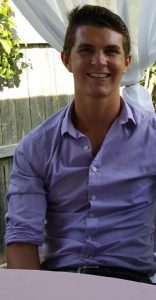 Favorite artist/song/album: I don’t think I have a specific favorite artist or album, but if I had to pick a song, I would go with “Middle” by DJ Snake since I can listen to that song over and over without getting sick of it.

Best WVOF moment: When my cousin Luke called in from Providence College pretending to be someone else and asking us for advice since his girlfriend recently broke up with him for his brother. It obviously was a joke, but we thought it was hilarious.

Who is your biggest musical inspiration: Probably Coldplay because they have so many awesome songs and their concerts are apparently amazing. 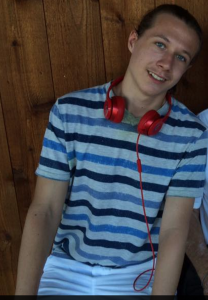 Best concert: Lil Dicky was actually my first real concert.  I’ve been to a couple of underground rock clubs, but I’d hardly call them concerts. The best of the bunch was probably The Parlor Mob at The Stone Pony in Asbury Park, N.J.

Biggest Musical Inspiration: I’m really fascinated by Kendrick Lamar as both an artist and an individual. I honestly think that he’s one of the biggest and most inspirational artists in my lifetime and I thoroughly enjoy everything that he’s put out so far.