With the 2018 FIFA World Cup only eight weeks away, it’s time to talk about who we think will make noise in Russia this summer — and who will disappoint. There are 32 teams in this World Cup, which means a lot of opportunities for different countries to put themselves on the map. I will give you two sleepers and the team that I think will win the whole tournament.

We’ll start with sleepers. I predict that my first sleeper, Peru, will be the equivalent of the Costa Rica (sleeper) of the 2014 World Cup. Peru hasn’t made the World Cup since 1982, so they are a country ready to make some noise. They are in a pool with France, Australia and Denmark, but are used to playing teams like Argentina, Colombia and Brazil in their qualifying region — so they shouldn’t be intimidated by any of these World Cup opponents. France may be a hard task, but with the speed and defensive power of Peru, I can see Peru limiting them and having a chance to win this one. Peru tied Argentina twice and Colombia once in qualifiers and even beat Uruguay, which is more evidence that they can compete with the best. Finally, both Australia and Denmark are easily beatable, even though on paper they look pretty even.

Iceland is my other sleeper. In the 2016 Euros, Iceland put themselves on the map. They tied Cristiano Ronaldo’s Portugal and then upset England, who has always been a soccer power. After this, they went on and a year later ended up qualifying for the 2018 World Cup.

This is the first time in history that this country has ever qualified. From watching them, they have revealed to be a young team at their prime. Iceland is in a group with Argentina, Croatia and Nigeria. The matchup that I’m looking forward to is the one between Iceland and Argentina — a David vs. Goliath matchup that I really feel like Iceland can win. In Europe, Iceland plays teams at the same caliber as Argentina and the team always comes in with a solid game plan. It will be no surprise to me if this team goes far in the World Cup this summer. They already have some impressive wins under their belt and they aren’t scared of anybody.

The team that I feel has the best chance to win the 2018 World Cup is Portugal. Forward Cristiano Ronaldo has shown that he is the best soccer player in the world and that, even on a team with not unbelievable help around him, he can still deliver and get the job done. Once I saw Portugal win the 2016 Euros and clinch an automatic World Cup berth, I knew that they were something special. Teams try to shutdown Ronaldo, but it still usually ends up with him getting a hat trick (three goals) and winning them the game. I was especially impressed with Portugal when they played France in the title game and Ronaldo went down with an injury in the first half. He didn’t return to the game and I thought for sure that Portugal wouldn’t be able to match up with France without Ronaldo. To my shock they still went on and won the game against a French team ranked seventh in the world. Portugal’s Cristiano Ronaldo factor will win them the world cup as long as he stays healthy, but now I know the rest of the team will still play at a high level if he does go down.

The 2018 World Cup should be thrilling and we will see which underdog countries can put themselves on the map and who can declare themselves as the best country in the world at soccer. 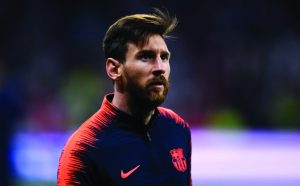