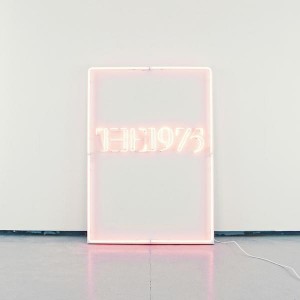 The 1975’s new album, “I Like It When You Sleep, for You Are So Beautiful Yet So Unaware of It,” can best be described as a love letter to the ‘80s, drawing from different inspirations from the era.  The complexity of the album’s title also best reflects its style and the songs that are featured. All the singles released so far — “Love Me,” “UGH!,” “The Sound,” “Somebody Else” and “A Change of Heart” — take from some aspect of ‘80s rhythmic expressions, such as electronic beats, upbeat rhythm and synth-based grooves.

“Somebody Else” and “A Change of Heart” are reminiscent of a high school dance, fostering a slower tempo supported by an electronic beat, while “Love Me” and “UGH!” utilize an eccentric, upbeat choruses. “The Sound” acts as a happy medium between these two styles, having an upbeat tempo while balancing a formulaic, melancholy tone.

Even songs like the ethereal-sounding and beautifully-arranged instrumental piece, “Please Be Naked,” and the introspective, “If I Believe You,” are able to stir the emotions of the listener through their haunting piano melodies and the use of a gospel choir respectively.

Lead singer Matthew Healy’s voice still has that infectious quality that was present on their previous effort, “The 1975,” continuing the band’s sound of indie, ‘80s pop and rock fusion. The album not only strikes a balance with its style of sound but also with its song structure. “I Like It When You Sleep, For You Are So Beautiful Yet So Unaware of It” is a must have for anyone’s music library.