The art form of photography has been the center point for California-based music photographer, Jay Blakesberg, since his first Grateful Dead show in 1977. From there, he has gone on to become one of the most established photographers in the music industry, capturing live moments from Neil Young to moe.

“Long before social media, I always felt like I wanted my photographs to be seen, I wanted them to be shared. I didn’t want them to just be taken and put in a box,” Blakesberg said.

Blakesberg, who is now 53, is also the author of 11 different books, with the most recent being “Hippie Chick: A Tale of Love, Devotion & Surrender.” The book is “a collection of photographs of very powerful women whose lives are changed and enriched by the live music experience,” said Blakesberg. 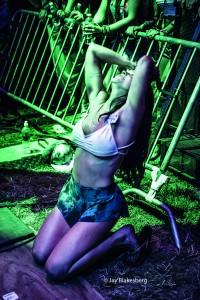 Photographed at Gathering of the Vibes in Seaside Park in Bridgeport, CT August 1, 2014©Jay Blakesberg

The coffee table book captures the essence of the flower children seen at prominent music festivals such as moe.down and Gathering of the Vibes.

With his first book, “Between the Dark and Light: The Grateful Dead Photography,” being released to critical appraise in 2002, Blakesberg has mastered the art of assembling personal moments of his live music experiences over the past 13 years. However, now Blakesberg has found a huge technological shift has occurred in the realm of photography which has changed how his photos are shared despite his reliance on the tangibility of his books.

“When I first started doing books, there really wasn’t a big online presence,” said Blakesberg. “Even though we view so much media online today, especially on social media, I still think and feel people want to have a tangible thing to hold.”

Blakesberg, whose photographs are known for their pristine quality and visual brilliance, also shows contempt at how this technology has allowed virtually almost anyone access into the world of photography. “Technology is a big disrupter in the planet and certainly in the music industry, both from the recording side of the music to the photography and visual side; it has lowered the bar for entry substantially.”

Blakesberg added, “I think the saddest part of it all is that it has brought us into a world of mediocrity, where mediocrity rules. But I have news for you; picture of a famous person does not equal brilliant photo.” However, despite this outlook, Blakesberg has learned to use new technological tools to improve his workload in this digital age. 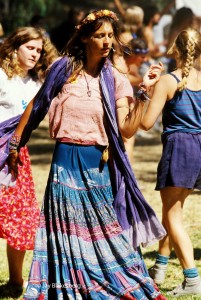 “I think I have the closest kinship with the Grateful Dead because that’s where it all started for me,” said Blakesberg “I was a 15-year-old kid when I saw my first Dead show in 1977.”

To celebrate his career in photography and the release of his book, Blakesberg will come to Fairfield to discuss his impact on the music community on Nov. 12 at The Warehouse and be available after the presentation to sign copies. To any fan of music or photography, this is the event of the year for you.